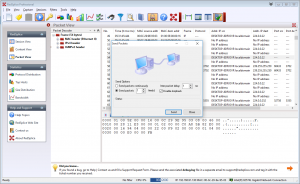 RedSplice is able to inject captured packets in the network traffic, giving the possibility to recreate specific situations that need to be analyzed in order understand network behavior in extreme conditions. This feature is useful for developers creating software applications that involve transferring information between computing devices as a mean of reproducing scenarios that generate unexpected behavior for the application developed.

As a system administrator this feature is useful to recreate situations in which the network shows weaknesses. Recreating the environment for exploiting weak spots in the network, but under controlled conditions, will allow a better understanding of the elements generating t 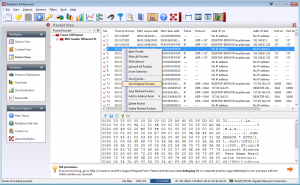 he weakness and will allow to create security policies that are appropriate for the way the network is being used.

The fact that RedSplice lets you edit the captured packets before injecting them back in the network is very useful for testing and validating various scenarios, making it possible to understand and to know how the network components will react under specific conditions.